When my husband and I were first married, we would daydream about where we would own a vacation home.  Though I grew up in Ohio, I was an ocean girl.  I used to joke that I moved as far away from the Midwest as possible until I hit the ocean.

I moved to California to live with my aunt and to transfer to the California guard after being trained in the military as a surgical tech or assistant.   Only six weeks in Northern California and I knew I wanted to be in Southern California.  I lived there for two years before I met my future husband.   Living without family as a young adult across the country can be difficult,  I had difficulty navigating going back to school, dating, the military obligations and getting work as a surgical tech, so I worked for a year spinning blood in the operating room.    I took 24 hour call most days, and tragically this was before cellphones and GPS.   I carried a pager and a Thomas guide.  I would find myself in the wrong part of town constantly, trying to find some tiny hospital in the middle of nowhere.   I once had a nice man in Compton interrupt me while asking directions at a gas station, tell me, to ” just get back in my car and go the other way,” I was too nice of a girl to be where I was. 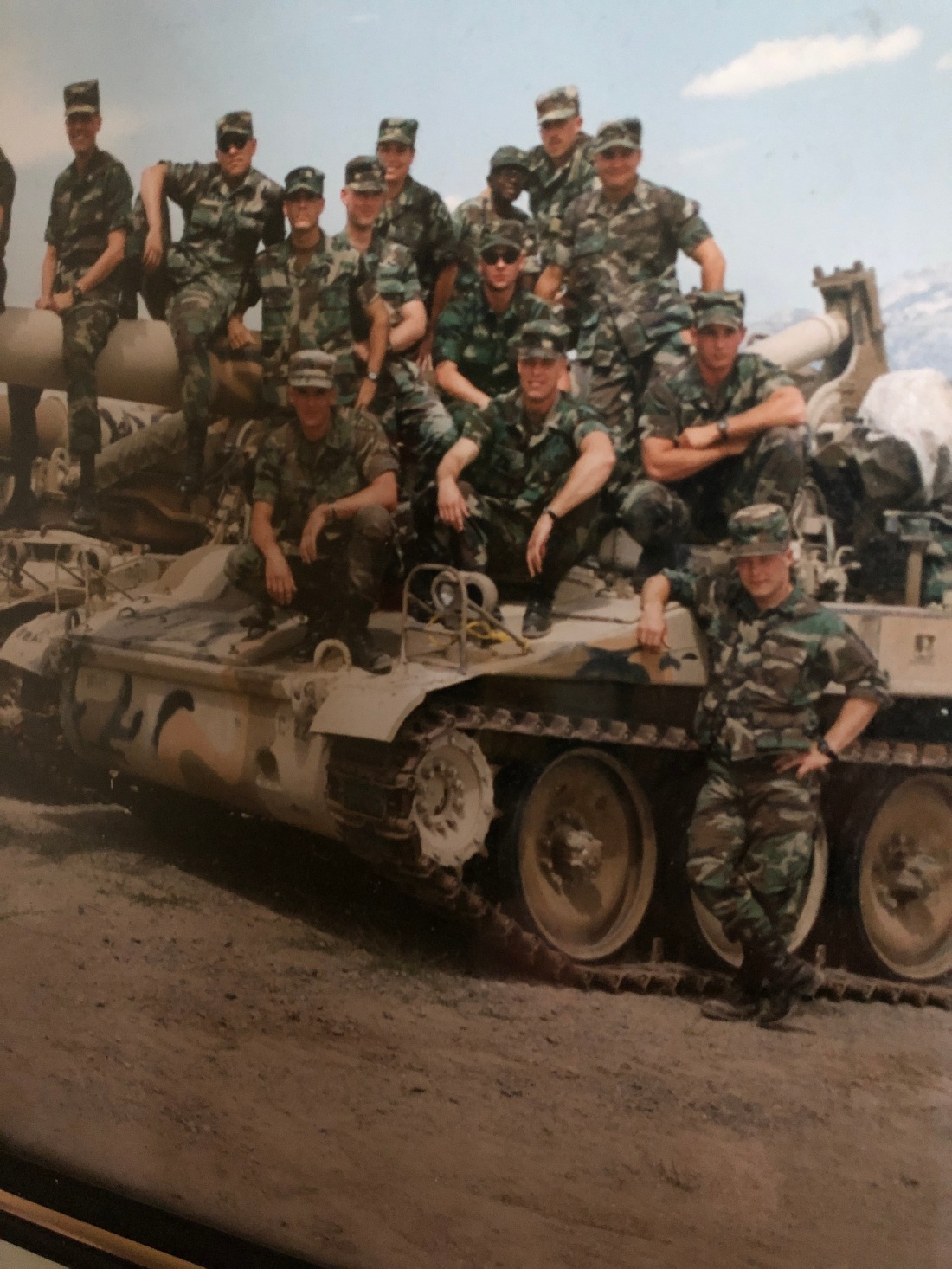 Between my love life, my job, and missing my own crazy family, not to mention the depression I was would  battling on and off, I would find myself at the ocean.   I would have to drive down Highway 1 multiple times a day for work and many times I would just stop and sit to watch the waves.   I would use a mental picture of throwing my worst fears and worries into the ocean to be carried away.  I would think about them floating all the way to Japan.  I would always contemplate the tides and the gravitational pull of the moon.  I considered visiting the Bay of Fudy and the reversal of the tides caused from the shape of the Bay.  (I almost made that trip but it was thwarted by a selfish traveling companion and a story for another time.) I imagined the ocean in God’s hands like a cereal bowl, slish-sloshing from one side to another. (I made that word up.)

When I met my husband Todd, I lived at the beach and would attempt running on the beach while he read a newspaper and drank coffee.  He was a climber, not a runner.  I moved out to the desert where he lived and we were married a year later.   When kids came another year or two in, and he had graduated from U.C. Riverside, we moved to Oregon where the kids could have their Mimi and Papa.

When we would sit and daydream, as young couples do, we would talk about his love for the mountains.  The quiet, the waterfalls and rivers, and the fishing.  I also loved the mountains, but after a knee repair I could no longer ski, but hiking was still a love of mine.  He already knew my love of the ocean.  Our honeymoon turned out to be a combination of both.  We traveled up the West coast, visiting the beaches like Monterey and Santa Cruz, spending a few nights at the Madana Inn and then an actual log cabin in Big Sur with its own tributary running through it.

Over the last 24 years of marriage, we found ourselves in an unspoken compromise.  We ended up spending many family vacations up and down the Oregon and Washington coast.  Astoria, Newport, Beverly Beach, the Redwoods, and when we were alone we went many years to a quiet mountain town in Eastern Oregon.  (I’m not saying where 😉 We would bike, cross country ski, or just enjoy quiet time alone, but I still had an affinity to being near water always wanting to hike the waterfalls and along the river. 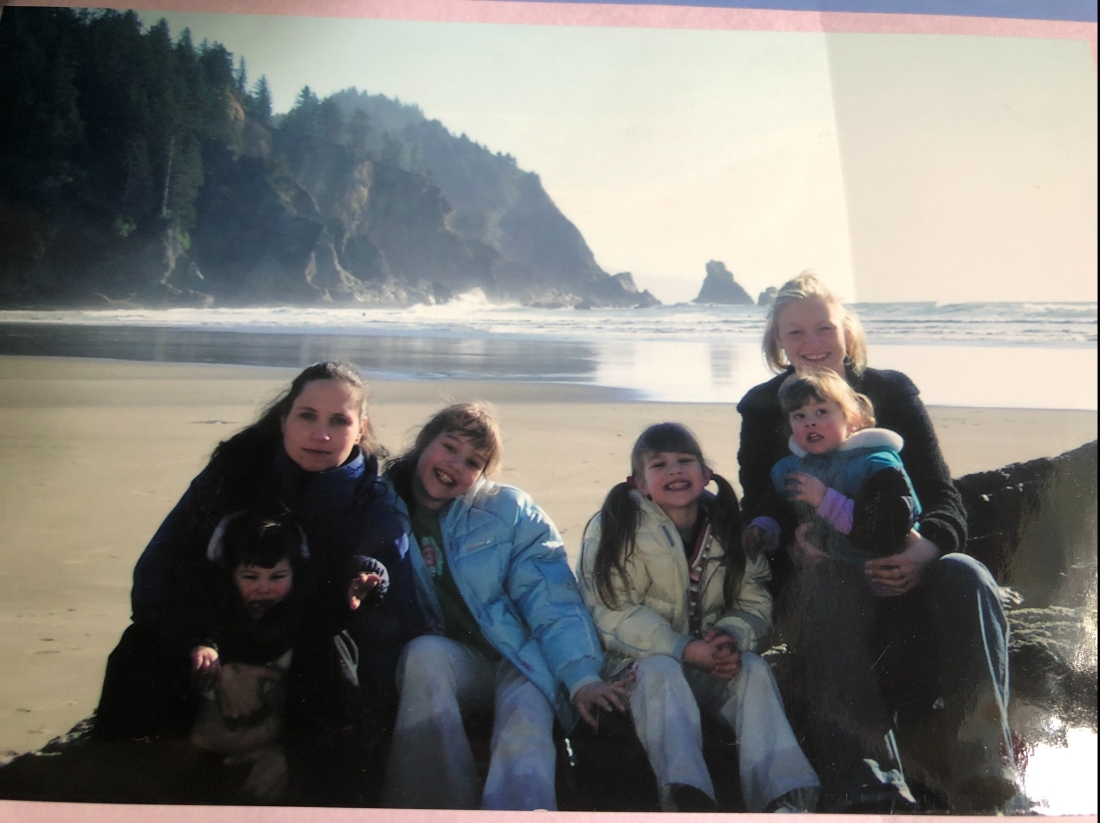 Recently I was blessed with having the ability to visit an empty beach house.  I took the girls and all our food.  My goal was to not bring any of our cooties.  We didn’t stop for gas, coffee or anything.  We didn’t talk to anyone or invade anyone’s space at the tiny beach.  My girls were getting cabin fever and they genetically struggle with depression and anxiety.

for a couple days, the change of scenery was such a gift and I was back at my favorite place.  As I walked just a short distance to the bluff, the well-hidden owl would hoot his hello.  I wondered if anyone had told him when he was suppose to hoot?  Google had told me they hoot before sunset and just before sunrise.  Single owls hoot the same time every day, he or she would hoot in the morning around 10am.  Was Mr. or Ms. Owl single?  Had he or she lost their mate?  Who was I to tell him or her when to hoot, for how long or when?  It is like someone telling me when to cry,  how long and when. Owls mate for life I read.  Somehow reading this fact brings me comfort and a little sadness.

As I would visit the unruly ocean, I would almost dare the waves to rise higher.  My husband had sent me a message to beware of sneaker waves, so after trying to walk a few yards near the ocean, and seeing the tiny beach shrink as the high-tide waves rolled higher, I decided to observe the tumultuous  waves from the safety of the bluff.   The girls didn’t need to endure any more loss in their short lives as it was.

I write those words transparently, because I believe that every parent that loses a child examines these feelings of helplessness.  I imagine, people that have lost their spouse may also go through these emotions.  I am not saying necessarily they are suicidal, though in the first year I believe the statistics are higher, people should acknowledge and talk about these things, and it’s why we need to really stay close to people going through  loss.   When loss happened we examine our place in this world, our change in roles, and honestly we try on this new sackcloth we are brought to wear and the bag of heartache we must carry for the rest of their lives.  We feel it’s weight, we adjust it in our arms, we feel the scratch of the material against our skin and we endure it.

So I do spend just one moment contemplating the sneaker wave, how relentless and uncaring it is.  I always think about a the story of the grand-mother staying at the same hotel in Mexico as my husband and I, that had taken her grand-daughter out to the beach to let her own daughter and son sleep in and how the sneaker wave had come and taken her away.  I thought how this water would be ice cold and how terrifying it would be for those few moments.

But ultimately I am grateful for the ocean.  It has always been there.  What I am most grateful for, on this trip, is that standing beside it the roar is a thousand times louder than any wail I could ever cry.  That next to it, I can be tiny, the oceans power is one of the only things that can make my grief seem small, and I am thankful.  When you carry an enormous, overpowering emotion, it helps to stand near something that makes your burden seem less huge.   lee Ann Rimes song comes to mind here, “I hope you still feel small when you stand beside the ocean….”

There are scientist that study our connection to water.  It is called Blue Mind.  The dopamine in our brain may increase when we are at the ocean, our pre-frontal cortex is engaged, we become more mindful and attentive.  Maybe some of this is why, I feel drawn to water wherever I am.  The power, the calming effect, the mystery.  I also have the feeling of being closer to my daughter that passed, memories of the girls running up and down the beach yelling and laughing.  The ocean is a mother’s happy place where her kids can be as loud as they want.  The ocean also brings me feelings of Faith, of things more powerful than I can grasp or imagine, the few tears on my cheeks swiftly brushed away by the wind and the salt-water mist.  I stood there on the bluff and lifted my chin higher, a slight satisfied grin emerged as I stood there for those brief moments as I defiantly asked the sea air to go ahead and “Bring it.”

One thought on “Emotional Tides”