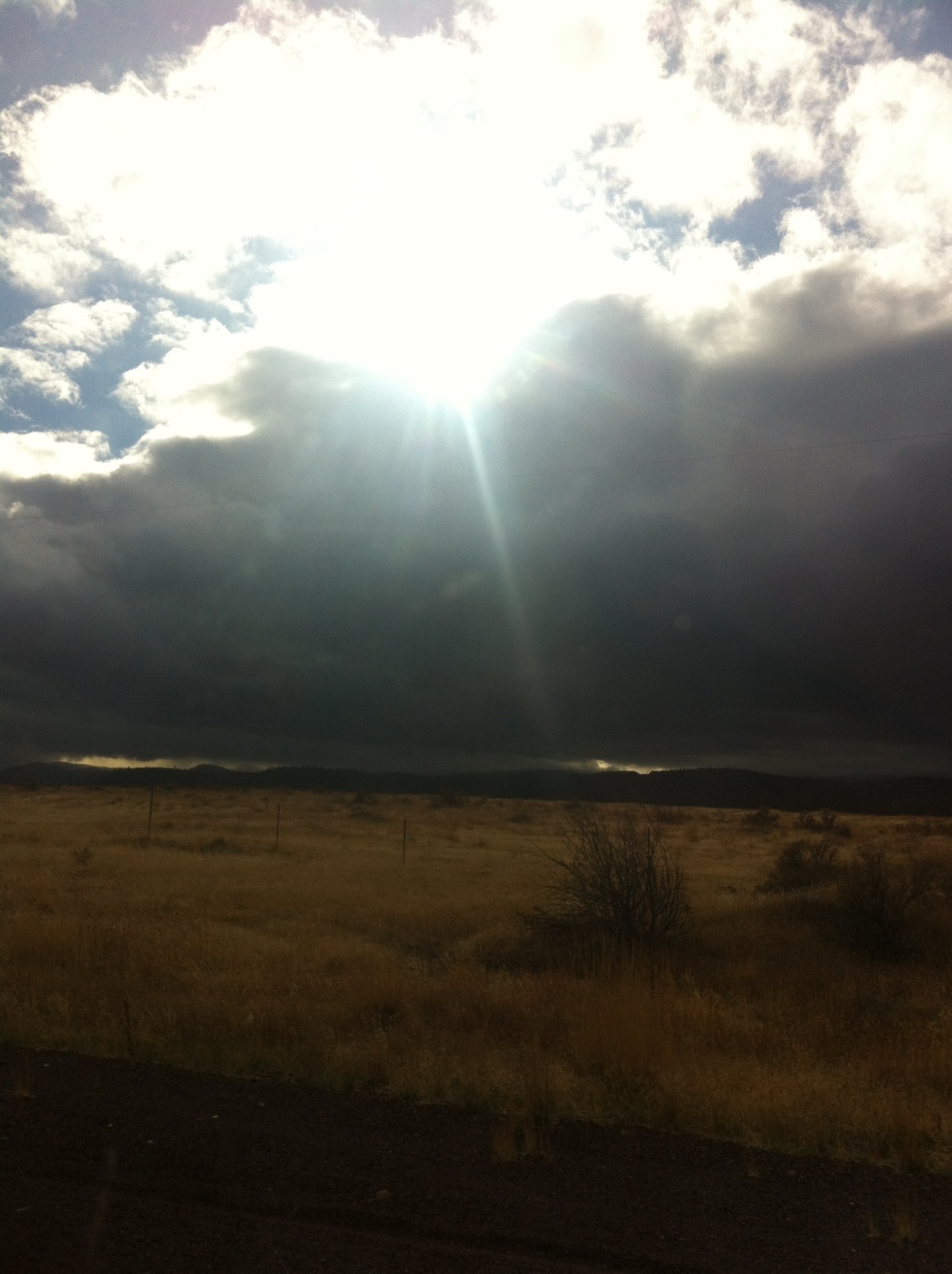 Coming back from New Orleans after my nursing conference I found myself on a five-hour flight, ready to kick back with my ear phones on, and enjoy the two documentaries I hastily downloaded at 3am. visiting New Orleans just two months after the loss of my daughter wasn’t something I really wanted to do, but the conference was paid for and difficult to completely refund.
The first weekend I made the horrendous mistake of going downtown. It might as well been Vegas with the crowds of zombie like humans walking the streets with  large hurricanes in one hand and their cell phones in the other. My first thought was that I thank the Lord their were no cell phones in the early 90’s.   As I perfected my agility workout by shuffle-run-shuffling, while stepping over the garbage, I regretted my decision to attempt the conference. Why were there no recycle bins anywhere in this city? With all of the beer bottles and cans littering the street you could feed their homeless population.
Bourbon street was like watching the Purge play out in the way of moral degradation, and I don’t consider myself a prude.  I guess if you take the strip out of Vegas all you have is desert but if you take Bourbon street out of Louisiana maybe you could see the rich southern culture sprinkled amongst the booze bicycle tours and sticky sidewalks. I came to this conclusion after spending an afternoon walking around the suburbs of NOLA. Once you leave the main part of the city, you find many areas rebuilding their historic homes modern comforts and local flavor. The young millennials are opening brew pubs, cider houses, roasting local coffee, and hosting free music in the park. They promised me recycling was coming soon if I revisited in a few years.
Thankfully before I left Louisiana, I went back to French street during the week. Walking from one singing lounge to another I found the crowds slightly bearable. What was amazing was there was insane talent every ten feet.  I mean the kind of talent in one city block, that you could not find anywhere else in the U.S. for free.  In one spot, a group was playing a washboard and a banjo, the next door there was a solo Blues vocalist that could give Aretha a run for her money, and on the street corner was a jazz band with trombones, drums and tubas like halftime super bowl entertainment.  I mentally recanted my initial disdain for the city.
I sat in my seat contemplating my trip.  It had only been a few days, but I was anxious to get back to my family.  No one really understands the anxiety that comes after a tragedy. There is this cold harsh reality that bad things do happen in this world, they can happen to anyone, and there is little ability to control it most of them from happening. The grief books I keep receiving in the mail say not to be overprotective of your family. Are you kidding me? I now fully understand the mom in my parent group that went on every field trip her kids attended after the loss of her youngest child. I am not sure of the solution to this newfound anxiety, but I am pretty confident just telling those experiencing loss to just not be overprotective, doesn’t really help.  My guess is that it is going to just take time before it gets better.  I want to wrap my kids in bubble wrap. They are lucky I haven’t figured out how to incorporate it into their clothing.
I clicked on the C.S. Lewis documentary.  All I really knew about the man was that he wrote the Narnia series and my kids loved the books and the movies. What I did not know, was that he had survived the loss of his wife, and that he had written a book called, Grief Observed. I made a mental note to read the book, nothing thus far has been extremely helpful, and I wondered if I was going to full on lose it on the plane if I continued to watching the documentary.  I am not one to care terribly about what others think, so I decided to keep watching. The documentary talked about his initial disdain for religion.  He closest scholarly friends spent many hours talking theology in the pubs outside of Oxford. One of his closest friends was Tolkien. My daughter would have loved to learn about his middle earth is actually our human struggles on this earth.  It would have been fascinating to be a fly on the wall in an Oxford pub listening to Tolkien and C.S. Lewis debating over the details of the afterlife.  I should have found this uncanny to find to watch at this time of my life, but everything in my life seemed to be somewhat symbolic and ironic so I didn’t even think about it.

The lady next to me, however, had nothing to do. She hadn’t thought ahead to bring earphones or an iPad. She was playing Tetris for hours on her phone. I felt a mental nudge to be polite and talk to her. I tried to ignore it but my guilt won out and I put the headphones down. “Where are you from?” I said in the most monotone, uninterested voice. She told me she was from L.A. She was traveling with her daughter but their seat got mixed up and they were now split apart. Just then her daughter walked down the aisle and was headed to the bathroom. She was beautiful and young girl with dark curly hair. One look at her and I broke into sobs. I turned my head away from my neighbors before she could notice. I knew I appeared rude, so I composed myself, took a drink of water and said the words, “sorry, I just lost my daughter about the same age.”
We started talking and she ask me if I was a believer. She then went on to tell me her story. She had lost her brother when he was 25. It was a sudden brain aneurysm. She went on to tell me that 19 years went by and she hadn’t made peace with it. Then her mother developed cancer. During her last days she asked her mother, without really thinking first, to let her know her brother was ok when she got to him. Her mother was not bothered by it and agreed to the strange request.
40 days exactly from the day her mother passed away, she stood standing on the street corner waiting to cross the street. As she looked across the street she saw her mother directly across from her. Behind her mother was her brother. She didn’t cross the street, no one spoke. Then they were gone. She said she never felt the restlessness for her mother she had felt for her brother. She had been blessed with a sign.
I was so thankful for her story, I really needed to hear it. I shared my stories of my black birds that seemed to be everywhere. She stopped me and told me her good friend had just lost his son. Before he passed away he was drawing a picture of a tree with three blackbirds in it. After he died the father was cleaning out his son’s room.  As he opened the curtain to the bedroom, in the tree outside his son’s window there were three blackbirds.  She asked if she could share my blackbird story with her friend to help him also.
Before the plane landed, I showed her a picture of the grave marker I had drawn and had made. Our family wanted the mountains, the trees and the sun behind the mountain since she was “our sunshine”. The women next to me exclaimed, “That is Mt. Ararat!” She went on to tell me she was from Argentina. This was a very sacred image in her culture and was the mountain that Noah’s ark landed on.  She said it was always drawn exactly like my image, a mountain in front of a smaller mountain with the sun behind it framed on each side by trees.
We said our goodbye as I told her about my blog. She reminded me, that she wasn’t even supposed to be sitting next to me, but really God had meant for her to all along. A few days ago after my trip, I sat in my counselor’s office, not sure if we should continue our sessions. Were they really helpful? Does he find my signs and stories stupid? I decided I would stop going unless he shared a similar belief system. To my surprise, he asked me if I believed in the afterlife? I said I did and I told him I was Christian. He said, so am I.   I couldn’t stop staring at the photograph to the left of me. It was a mountain landscape.  A mountain in front of a smaller mountain with the sun shining behind it.